The History of the Royal Navy

Welcome to the navy4schools web site,here you will find,not only the history of our Navy, but lots more interesting info,too.And if you cannot find it  here, ASK!   and I will find it for you.My name is Stoker P.O.  (not my real name of course,it's Terry) this is my web site,and I want to make it Fun to use,(with your help). So brouse through the site,I think you will like it   Tip:- Once you have entered this site,select the "How it started " option on the side bar menu,this will take you back to this page,and you will see that your 'back button' has activated.And to save you 'scrolling' all the way back up to the side bar,just 'hit' the back button.   And if you don't like the 'Background Music'  Just turn down your volume, (It's different on each page)

Things you can see on this site:-

LOOK AT THE SIDE BAR MENU,YOU WILL FIND LOTS OF INTERESTING STUFF,THE lINKS PAGE,NAVAL VIDEOS AND PPS Files pages are full of applications you can download and save for your own use,and if you cannot view PPS Files,then simply go to your own browser and search for Microsoft Powerpoint Viewer 2007 and install the program (it's FREE)

How did the Navy first begin?

There were many navies in the world 1000s of years ago,when the inhabitants of the British isle were living in caves.Man has allways designed and fabricated "devices" to enable them to float on water.Anything that was bouyant would be used,a simple tree trunk would have been enough to stir their imagination.Navies evolved over many years,constantly up grading to were they are today.One of the first successful Navies was created by the Phoenicians around 700 BC,when they developed remarkable  warships,they had "double deck" rows of oars as well as an auxillary sail.And a "Beak" designed for ramming.They explored the seas many years before this,in primitive craft.They sailed across the Mediterranean Sea in rafts of all designs.The nations surrounding this sea copied their designs,because they so impressed by them.

Was this the first ship?

Many Countries with a coast line,found it had to build ships,to protect them from invasion,and for trade.

The centre of the known world was undoubtedly the Mediterranean,and many of the Nations surrounding it were at constant war.This influenced the design and armament of the vessels.Many early ships were designed to transport the Army so that it could land and invade and also maintain supplies.

The Persian Army had no doubt that the Greeks would be easy to conquer,Greece was a small archipeligo of islands,and the Persians out numbered them greatly.But the Persians did not know that Athens had a wonderful navy,with small ships that were easy to maneuver & their Spartan army was terrifying.They fought three hugh battles,each time the Greeks drove them back.The Greeks were able to toss burning wood aboard the Persian crafts and get away safely.The Persians had to abandon their burning ships,and those who made it to shore were greeted by the Spartan army,who killed them all. 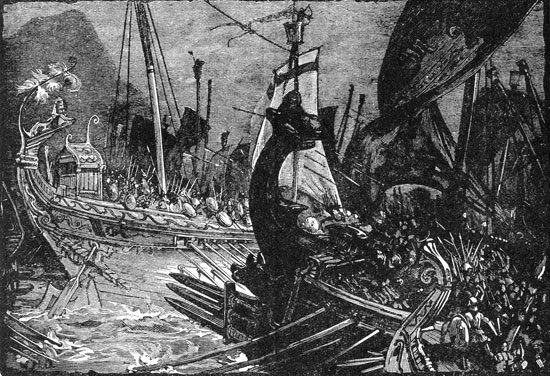 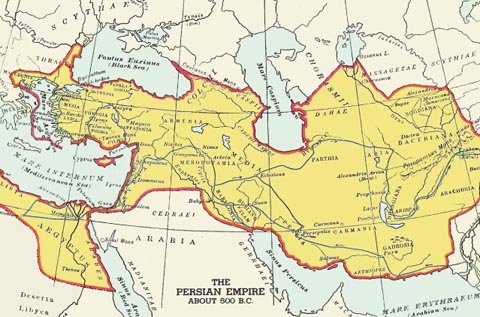 Perhaps the next important step in Naval History,was the Roman Navy.Founded in 311BC,the Roman navy was originally insignificant.50 years later with the conflict with the Maritime Empire ot Carthage,did Rome construct a large navy. 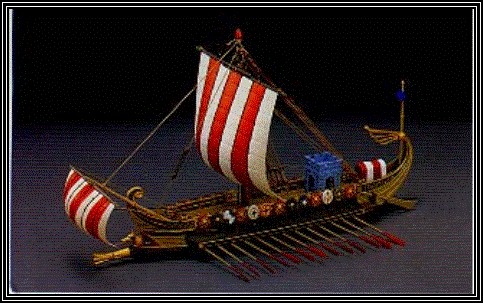 The navy of Carthage

Carthage was a great maritime Empire,it was founded in 1814BC,and was originally founded by Phoenician Colonists,who were experienced sea men.

There was three major sea battles in the Punic wars,and inspite of the might of the Carthagian Navy,Rome was victorious.This victory added to the strength of the Roman Empire,who continued to conquer many nations.

THE ROMAN INVASION OF BRITAIN.

There is little recorded history of ancient Britain before the Roman invasion, but it is certain that we traded with Ireland and Europe by sea.A Greek navigator explored the coastal region of Britain in 325 BC.And there was evidence that Britons had the ability to travel by sea for trading. The evolution of the British navy was clearly influenced by not only the Roman occupation,but from subsequent invasions in later years.

The Romans however kept records,they documented every thing,so now there is more genuine information available, of not only our National history,but also that of our Navy.

The Saxon invasion took place at the time of the collapse of the Roman Empire,in the 5th century onwards.They were from the North-Western areas of modern Germany -Jutland & Schlewig-Holstein, Angles,Jutes & Fristans,also invaded and migrated to Britain in the same era.None of these invasions could have been successful without an established NAVY. 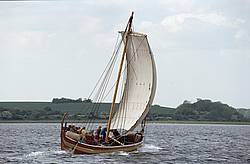 Viking Pirates raided PORTLAND in DORSET around 787 AD,and continued for 100 yrs with Danish and Norwegian Vikings seizing land all over Northern England,Scotland, The Isle of Man & parts of Wales & Ireland,They were great seamen,and travelled all over the Northern Oceans.The went as far as Iceland & Greenland,and there is evidence of them reaching North America.Their vast experience contributed to all the Navies of today.

THE NORMAN INVASION OF BRITAIN 1066 AD.

The Norman invasion is well documented and does not need to be explained in detail here,but briefly,because England was divided into various Kingdoms,they were unprepared for an invasion of this magnitude,they were so busy fighting among themselves,that when William the Conqueror declared war, they had nothing to stop him reaching our shores.And by the time King Harold reached Hastings,his troops were exhausted.         THIS NOW OPENS A NEW WINDOW,allthough this was the last time Britain was conquered,it was the begining of many conflicts on our own soil.However it was a good time to start and establish Britain as a Naval power.