The History of the Royal Navy

THE BEGINING OF THE NAVY IN BRITAIN.

The Norman invasion was the last time Britain was occupied by a foreign power.But things were not destined to run smooth,  this was just the begining of many conflicts on our island for the next 600 years.Initially there was resistance from the Anglo-Saxon population,who would not accept Norman rule.and after that the Dukes were fighting among themselves to gain control of the throne.When they had finally sorted this out,after the famous 100 year war,Britain settled down,and accepted that it was a mixture of several races.And these races all had a Naval heritage.

Early in the 100 years war, the French plans for an invasion were thwarted when their Fleet was destroyed by Edward III, at the Battle of Sluys.The French continued to raid ports on our South coast with the aid of their Genoese and Castilian allies,they were finally halted by the occupation of France by Henry V in 1415.          Command of the sea was secured by driving the Genoese out of the English Channel in 1416 by Henry's brother,the Duke of Bedford,who raised a fleet on August 14th.The Franco-Genoese Fleet was defeated the next day,in a gruelling seven hour battle.

THE BATTLE OF SLUYS.

The creation of a standing Royal Navy with it's own secretariat , dockyards and a permanant core of purpose-built warships , occurred in the 16th century during the reign of Henry VIII .    By the time of his death in 1547 his fleet had grown to 58 ships. Henry's favourite ship was the Mary Rose.

THE MARY ROSE. 78 Gunner,updated to 91 in 1536    Built in Portsmouth in 1509,she was named after Henry's sister,After serving over 30 years,she sank in the Solent during an engagement with the French fleet on 19th July 1545. 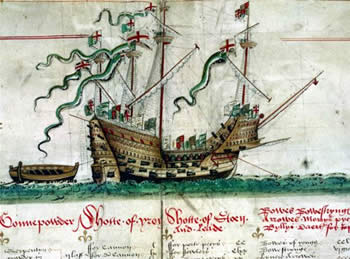 Under the reign of Elizabeth I,England was involved in a war with Spain.In 1588,Philip II of Spain sent the  Spanish Armada to invade England,the result of this,  is well documented,and is part of our naval heritage.

During the early 17th Century ,England's naval power deteriorated,and the navy had little success in countering the slaving raids of the Barbary Corsairs.Charles I undertook a major programme of warship building,creating a force of ships of unprecedented size and power.His fund raising contributed to the outbreak of the English Civil War,and after his execution and the formation of the Commonwealth of England,the Navy was dramatically expanded,and became the most powerful in the world.

18th Century.  Under the Acts of Union in 1707, the  Royal Scots Navy,then numbering just three ships,       merged with that of England,to create the first     British Royal Navy.

Throughout the 18th Century The Royal Navy was the largest in the world.And it was probably the most busiest century of this era.During this time it's forces were repeatedly matched by a combination of enemy forces,which had joined to increase their strength.There were many hundreds of campaigns and engagements in many of the Oceans,against the French and the Spanish,and was also kept busy by the activities of Pirates in the Carribean.Their achievements are too many to list,and many are well documented,just a few examples are:-

The Battle of Quiberon Bay. The Bay of Biscay. 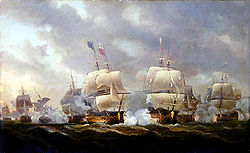 The GLORIOUS FIRST OF JUNE,1794

The Battle of the Nile. 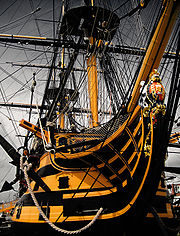 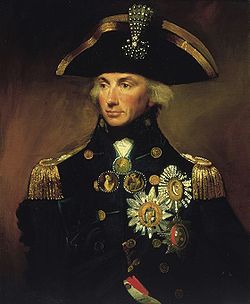 Our Royal Navy had a glorious history,and repelled all her potential invaders successfully over all the Centuries. However,there was a darker side to her reputation:- This was the "PRESS GANGS"                       From Elizabethan times to the Napoleonic wars, this form of impressment was used as a means to maintain crew numbers on our warships.Recruiting sailors was difficult,as the conditions on board were poor and serving in the Navy at the time of war,was dangerous.   Gangs of Sailors & Soldiers were sent out to enforce Naval or Military service on ablebodied but unwilling men,usually by violent coercion.The practice of impressment,also known as "Shanghai-ing"was common in all the world's ports untill about 1820 and was widely used by the Royal Navy.They would even press Merchant seamen into service,because they did not need much training. 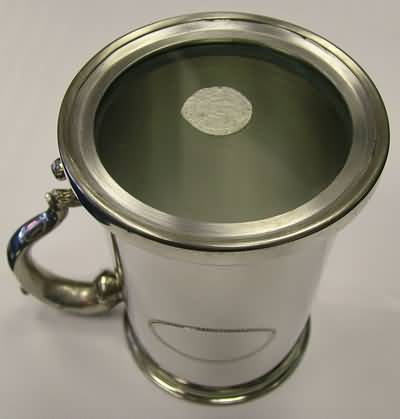 When a press gang had seized a man,he was offered the King's shilling as a reward for volunteering,if the coin was not accepted willingly,it was either put in his pocket or his tankard of ale.If you were in possesion of the "King's shilling" you were "IN"like it or not!              The glass bottomed tankards  were  very  popular, because you could see the coin before you drank:

Voyages of Discovery. There were many such voyages, throughout all the centuries,too many,in fact to list on this page.So a new page devoted entirely to this subject is being created. 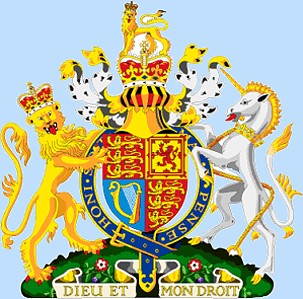 TO SAVE YOU SCROLLING DOWN THE PAGES.HIT YOUR 'BACK BUTTON' AND SELECT THE PAGE:-VICTORIAN NAVY.